Seventy five years ago, (on May 17th 1940, to be exact), Alvar Liddell finished reading the nine o’ clock news. It made sad listening and, instead of signing off in his customary way, he went on to make a special announcement “…of paramount importance…..” that Anthony Eden, the Secretary of State for War, was to speak to the people of Britain.

Eden appealed to all uncommitted civilian males on our shores, to come forward and volunteer for service in a part time army.

This was the first step in the formation of of the Local Defence Volunteers - the LDV.

Almost instantly, a million and a half men came forward to serve Britain in its hour of direst need!

Winston Churchill marvelled at the response, the magnitude of which inspired him to grant this unpaid body of irregulars a more noble designation: 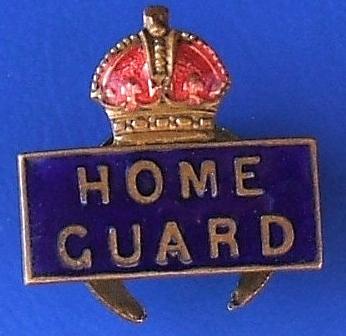 It was soon to be recognised as an official part of the British Army and to come under its direct command.

Across the country, countless books have been written about this fine body of volunteers, including the Swansea and Mumbles units, and many detailed accounts of the 12th Glamorgan (Swansea) Battalion Home Guard rest in our archives.

Published in the Parish Magazine and also, with painstaking accuracy by John Powell (on his excellent website), the story of C Company (Mumbles) Home Guard,  has been recorded and, as a result, is preserved for posterity.

To repeat all that again is unnecessary, but, to mark this special occasion and pay tribute, surely some gesture must be made! 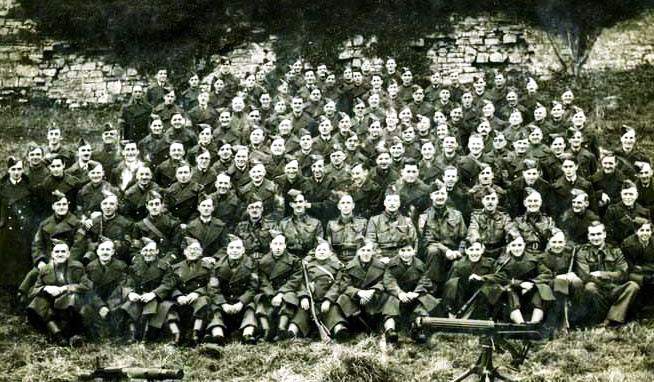 Here let us look, searchingly, at a photograph of the Mumbles Home Guard; C Company of the 12th Gln. Battalion. It was taken up the Castle Field on a cold sharp February morning in 1941. These are the original members of that Company.

Here, as never before (or since!) is captured a cross section of the manhood of Mumbles, as it was at that time!   All walks of life are intermingled! Schoolboys, barely 16 years of age, rub shoulders with World War 1 veterans in their forties and fifties. Solicitors rubbed shoulders with the humblest of labourers and, surprisingly, the labourers didn’t seem to mind. Here and there are dotted men of more advanced years- often Boer War veterans.

Where are the doddering old incompetents, the butt of humour in the Music Halls?

Look too! Hardly a face is not smiling or radiating good will! These men were delighted to be in this situation; offering their time and services, freely with enthusiasm, enjoying the moment and the shared camaraderie. All social barriers were down and an enthusiasm reigned that never waned to the last parade in November 1944.

This photograph demonstrates that in these earliest of days, equipment and uniform was in short supply. Other ranks are wearing the official, double breasted army greatcoat- a garment of top quality, but, underneath these greatcoats are ill fitting denims. These are so slack fitting, especially around the collar, as to expose the civilian collar and tie (readily seen in the photograph)! Khaki arm bands with the black lettered designation -  “Home Guard”- are worn on right arms.

Officers are trying desperately hard to differentiate themselves from the other ranks. Though clad in denims like the ORs, they wear khaki shirt, collars and ties (purchased with their own money). At this stage, they had not been given the right to wear “pips” on their shoulders but wore thin black bars, (Platoon Commander one strip. Company Commander two).   To differentiate further, some adopted the preposterous fashion of wearing Sam Browne Belts, with cross strap, over the denim blouse.

As a point of interest (and I never found out why),  C Company (Mumbles) was one of the very few units in the whole of the United Kingdom to be issued with the 1914-18 Lee Enfield snub nose .303 Rifle. A magnificent weapon much favoured at Bisley (to this very day), and by all soldiers currently then in service. I never came across any other company, anywhere, who had been issued with this rifle-  all the other units  were issued with the ancient Canadian Ross. 300 rifle, of much earlier origin. From its very inception, the Mumbles Home Guard was special!

Note the pride with which weapons are exhibited.  The Lewis Gun on the left and the Vickers MM Gun on the right. There were a few others in the armoury along with scores of 36 Mills Grenades.    With our ten rounds of ammunition, we were ready for Hitler and his rampant Teutonic hordes.

Again look at those smiles!

Look into the faces of real Mumbles people bonded together as never before into a unique fellowship.

Try and recognise them. Remember them with love, affection and gratitude.

Here is the very heart of a Mumbles as it truly was.

Eddie BEYNON  Private. Member of the family which operated the highly rated Plumbing and Electrics business in  Newton Road.

Tommy (“Big Tommy”) LEWIS   Private.  John Street lad.  Joined Welsh Guards in 1942.  Active service in Europe. To the end of his  days Tommy was a regular communicant at All Saints Church Oystermouth. A real gentle giant.

EricOWEN     Private.  Garage Owner, The Dunns. One of twins.

No doubt, there are omissions for which, I offer my apologies.